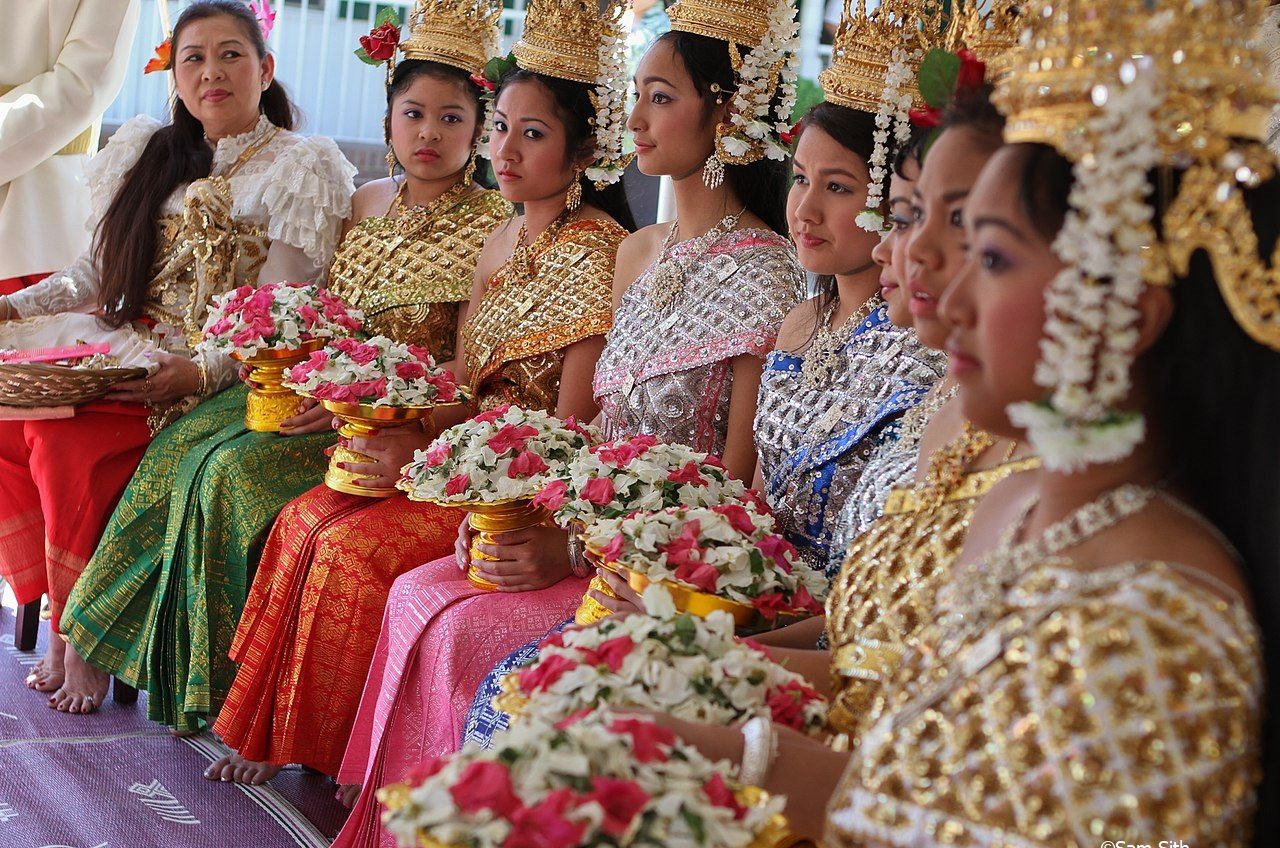 Cambodia’s culture is deeply rooted in and informed by both the greatness and the difficulties of the past. The Khmer Empire was influenced greatly by Indian culture and the incredible architecture seen at the world renowned temple complexes of Angkor Wat was the pinnacle of Khmer creativity. After enduring many years of foreign invasions and civil war, Cambodia’s independence in 1953 brought forth a revival of Khmer art and culture and with that the emergence of education as an important factor in social mobility and status. After culture and individuality were persecuted during the Khmer Rouge regime, the government in Phnom Penh made serious efforts to restore traditional forms of artistic expression. Below are some of the major cultural highlights that are a part of Cambodia today. 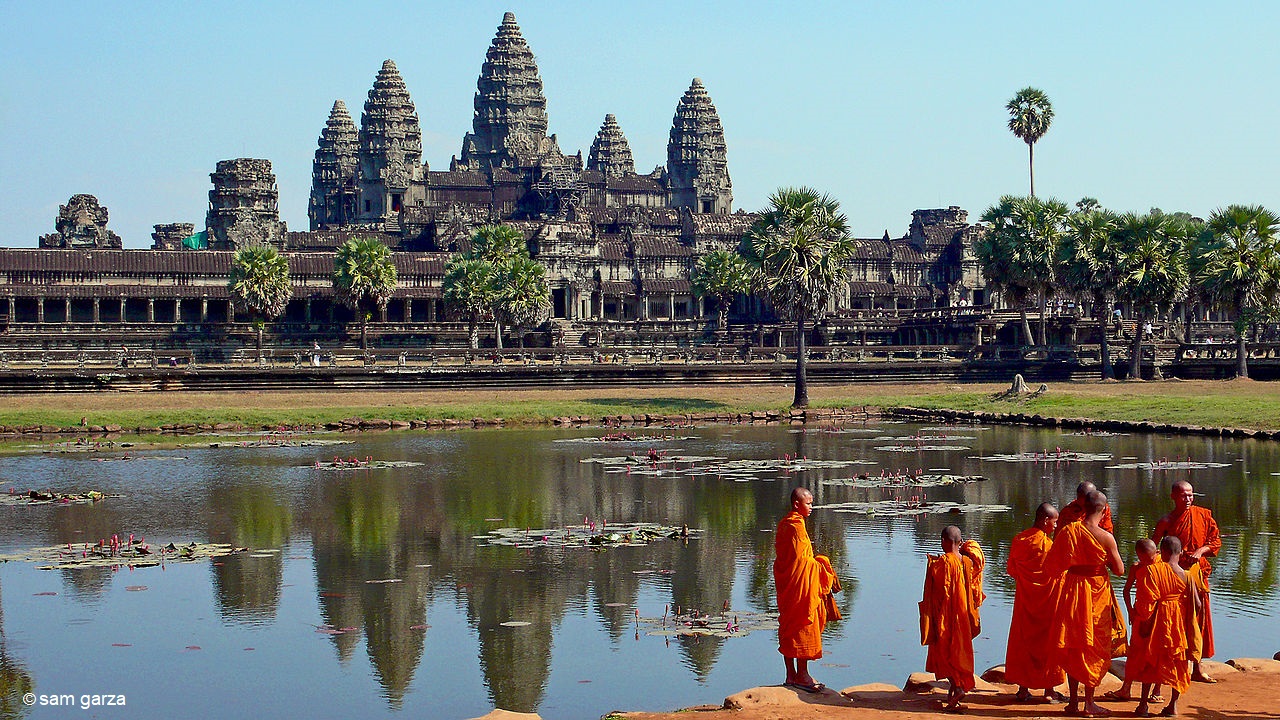 The official religion of Cambodia is Buddhism, specifically Theravada Buddhism, with over 97% of the population identifying at Buddhist. There are also smaller numbers of other faiths including Islam, Christianity and indigenous folk religions.

Religion has a long history in Cambodia believed to have been heavily influenced by oceanic Hindu traders from India traveling to the Southeast Asian ports on their way to China. For the first thousand years of its history, a variety of Buddhist traditions co-existed peacefully alongside Hinduism. Later, the increasing influx of Buddhist missionaries traveling from the surrounding areas helped influence the change to the widely spread Theravada Buddhism that continues to be practiced in Cambodia today. Much later, under the Khmer Rouge regime starting in 1975, all religious practices were forbidden and citizens were persecuted if they were shown to follow any strict belief system.

While Theravada Buddhism was restored as Cambodia’s state religion in 1993, the many years of neglect caused the country to have weaker ties to religious ideologies than they did before 1975. The Cambodian Constitution provides for religious freedom, and the government continues to contribute to the general right to religious practices.

While Cambodian music has not avoided westernization, traditional forms can still be seen today. The Pinpeat ensemble, which has been performing the ceremonial music of the royal courts and temples since the ancient times, is still used to accompany classical dance for ritual occasions or theatrical events. It is mainly composed of percussion instruments including the xylophone, gongs and drums. The players follow the lead of one instrument and then improvise their own parts.

Dancing is also an important form of Cambodian artistic expression and can be divided into three main categories including classical, folk and vernacular dances. Khmer classical dance was selected as one of UNESCO’s Masterpieces of the Oral and Intangible Heritage of Humanity in 2003.

Although these art forms are seen as symbols of national identity, pop culture from other Asian countries and around the world has also made a big impact in Cambodia, especially amongst the younger generation. 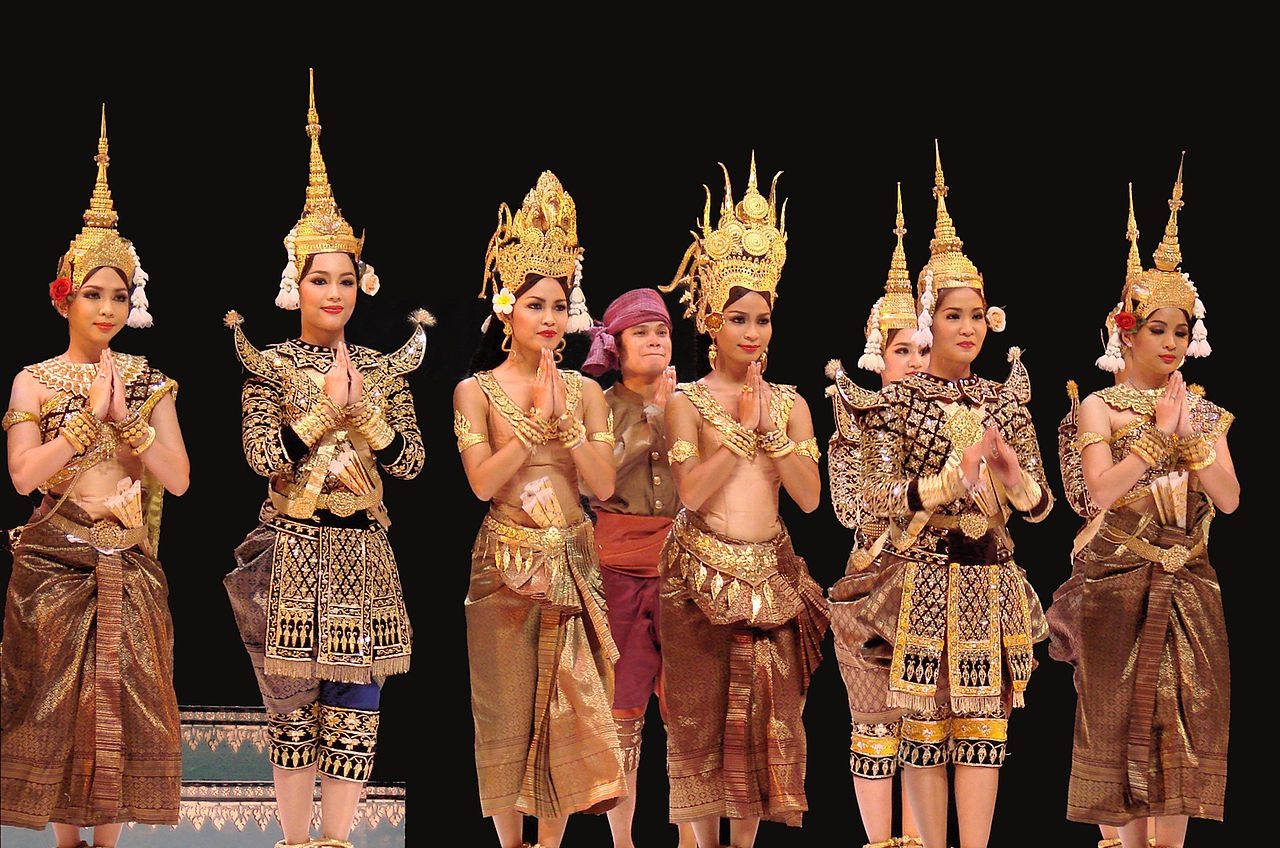 The Royal Ballet of Cambodia. ©dalbera/CC

Ancient architecture inspired by Hinduism and Buddhism can still be seen today in Cambodia, but modern homes and buildings are much simpler. In modern rural areas, most residential structures are built using bamboo, thatch, grass and reeds and are typically raised on stilts to protect from flooding. The construction of the home is seen as a family and community endeavor and a ceremony is often held upon completion.

Approximately one-third of all urban residences have access to safe drinking water, electricity and indoor toilet facilities. Unfortunately, the proportion of houses with those facilities in the rural areas is much smaller. 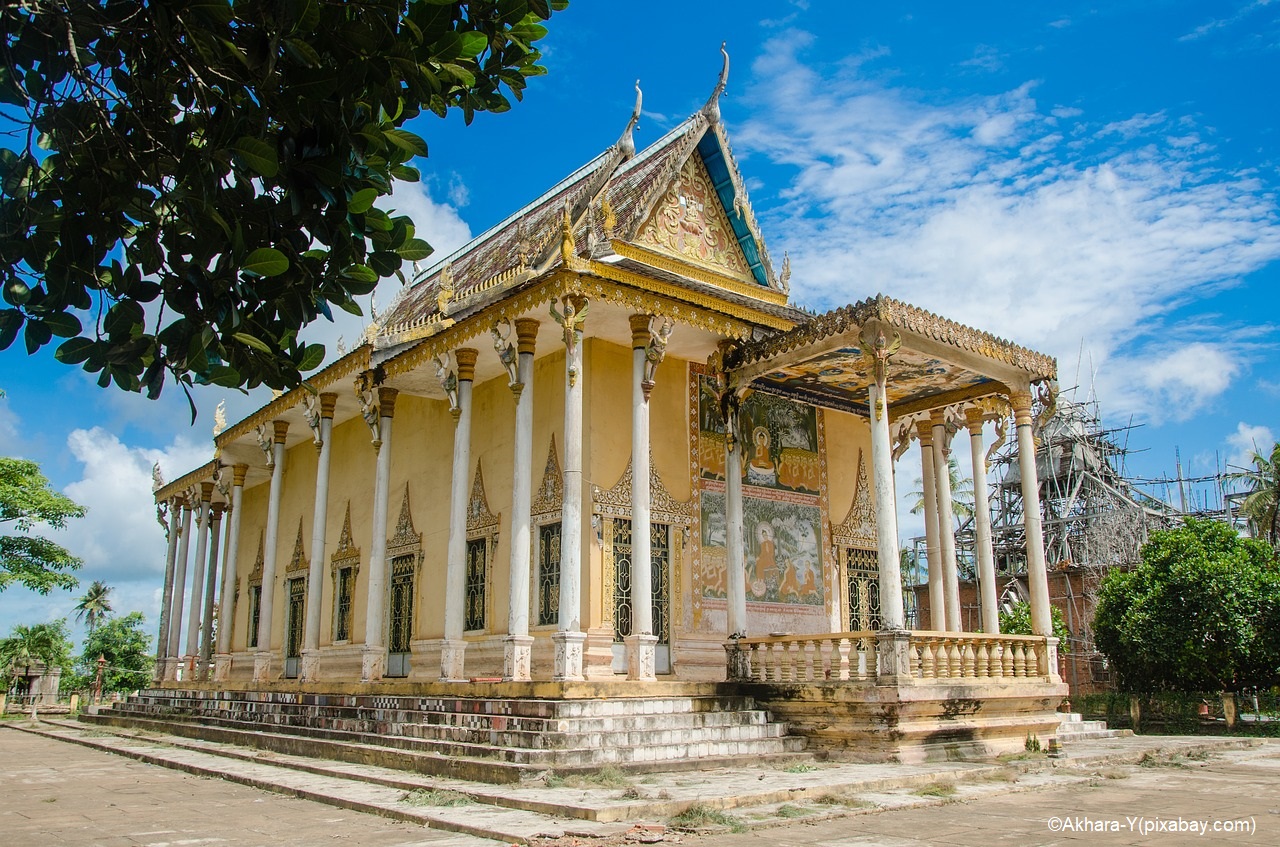